It didn’t a genius to work out that Liverpool would give Hull City a good seeing to at Anfield last week, and while we certainly don’t claim to be Dr Hawkings-esque in our predictions we were right to back a comfortable Reds victory.

They’ll be making the trip south west to Wales this week to Swansea, who are in a spot of bother at the wrong end of the table with four defeats in their last five Premier League starts. The one fixture where they avoided a loss, the 2-2 draw with Chelsea, was notable for the Blues being 2-0 after an hour and cruising. These are not good times for Swans fans.

A straightforward win for Liverpool awaits then, no? Quite possibly, and it is good to see that their dominance at home is matched by an efficiency on the road, with victories over Arsenal and Chelsea plus a point at Spurs confirming that.

The Swans troubled Manchester City at times last week though, particularly the physicality of Fernando Llorente up front, and so the Merseysiders must be warned against complacency.

The only change to last week’s starting eleven, we would assume, would be the return of Dejan Lovren, who missed the 5-1 thumping of Hull after picking up a virus. He had been outstanding this season up until that point, so Ragnar Klavan is likely to drop to the bench as a result.

Loris Karius, the summer signing, will continue in goal ahead of Simon Mignolet, whose days at Anfield are surely numbered, and it will also mean just a place on the bench for Daniel Sturridge; an agreeable selection headache for Jurgen Klopp to have, but how long will the 27-year-old be happy to wait on the sidelines for? 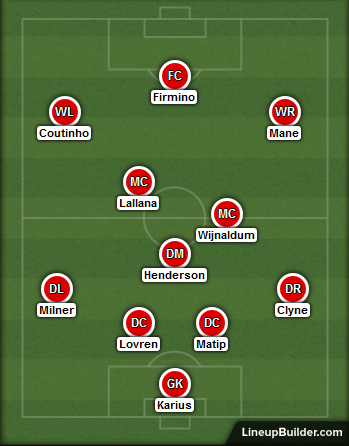 There are few crumbs of comfort for Swansea at the moment. Yes, their level of performance was much improved against Manchester City, and for the first 45 minutes they were very much in the game. But football is played over 90 minutes, and they were completely bossed by the visitors in the second period. No shame in that of course, but surrendering on your own turf is a sure fire way to land yourself in a relegation battle.

And yet it had all started so well on the opening day of the season (August 13 – how long ago does that seem now!) when they beat Burnley at Turf Moor; the Clarets have since defeated Liverpool and Watford on their own patch.

But the rot set in next time out in a 0-2 reverse at the hands of Hull, and fast forward five weeks and things have barely improved.

Given everything that we know, an away win here looks to be the smart bet. Unfortunately, the bookies aren’t daft and have pegged the Reds at a best price of 1/2; hardly the most mouth-watering of value.

Can we try a -1 Handicap in Liverpool’s favour? Well, 50% of their wins has come by a margin of two goals or more, while looking at Swansea’s home defeats specifically they have gone down 0-2 and 1-3. With the Reds in such scintillating form in attack, the -1 Handicap is worthy of investment at 6/5 with Coral.

The premise behind a handicap bet is that the opposition won’t score, and we’re confident enough in that assertion here. As mentioned, Dejan Lovren should return and he will add steel to the back four, and as you can see from the graphic below (courtesy of WhoScored), the Swans have scored just five goals this term (Liverpool have 16) via three different players. 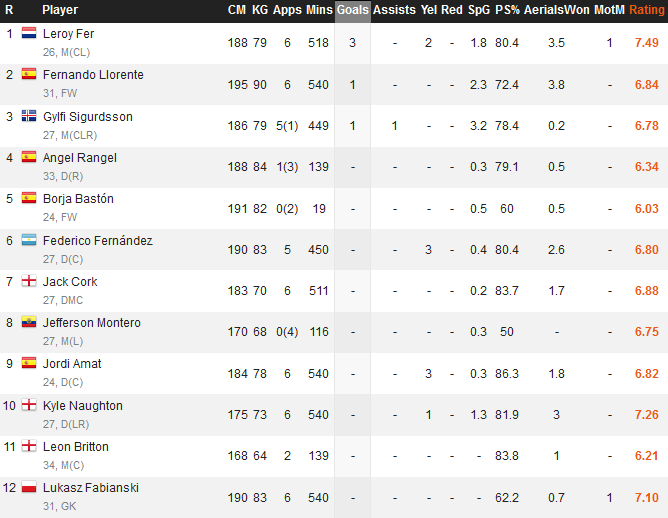 With such a low output in the final third, the Welsh outfit will surely struggle to break down the Liverpool shackles.

Other than that, the bookmakers have left us very little to play with. You can try the Liverpool to Win Both Halves market if you like at 12/5 (various), but that is a wager fraught with danger. Instead, we’ll be casting our eyes at the Anytime Goalscorer market.

Having bagged 16 goals in just six games, clearly the Reds are in fine fettle in front of goal. But just who will be responsible for putting the ball in the net here?

Philippe Coutinho scored a return on our prediction that he would find the net last week, but as we know most of his goals come from outside the area; a tactic with a low conversion rate.

So let’s try Sadio Mane instead at 7/5 with Betfair. The diminutive winger has the habit of frightening the life out of opposition defenders with his pace and direct style, and playing in the ‘inside right’ position he often pops up in pockets of space. He attempts an average of 2.60 shots per game and has netted three in five starts thus far in 2016/17.