Patience is a virtue in many walks of life, and especially so in football when trying to break down a dogged opponent. Thankfully, Liverpool have that in abundance – as they showed in the narrow 1-0 victory over Norwich on Saturday, and they will need to showcase it some more on Tuesday when they take on the masters of the dark art of ‘spoiling’ football matches: Atletico Madrid.

In such games, the first you need is a rock solid defence – playing against a well-drilled and disciplined opponent when a goal down is no walk in the park.

Happily, against the Canaries, it was as if Virgil van Dijk and co had never been away – despite the fortnight’s break – and restricted Norwich to just a solitary shot on target, which Alex Tettey thwacked against the upright. But otherwise, it was cigars on for the Dutchman and his defensive colleagues.

The other key to winning tight games is having players who can produce a moment of magic from out of nowhere, and Jurgen Klopp has plenty of those at his disposal.

This time, it was captain marvel Jordan Henderson who pinged a fantastic cross-field ball to Sadio Mane, and the Senegalese goal machine – only on as a sub 18 minutes earlier – fired home.

One-nil to the Liverpool, a well-used phrase this season, and that’s the way it stayed at Carrow Road.

That extended our lead at the summit of the Premier League table to 25 points, of which Klopp told Sky Sports: “The gap is so insane, I don’t really understand it. I am not smart enough. I have not had that before. It is outstanding, so difficult.”

Attention turns back to the Champions League this week, and a last 16 clash with a tough old opponent in Atletico Madrid.

Diego Simeone is a master of grinding out results, and so we’ll need to be at our absolute best at the Wanda Metropolitano stadium if we are to secure a positive result to bring back to Anfield for the second leg.

You could see from his substitutions at Carrow Road how mindful Klopp was of this game on Tuesday night.

Sadio Mane and Fabinho were only risked for the last half hour, and their entry from the bench enabled Gini Wijnaldum and Alex Oxlade-Chamberlain to put their feet up for the last 30 minutes too.

As such, there are no major problems for the manager to deal with, and any minor knocks will be patched up ahead of what is such an important fixture.

Indeed, the only probable selection dilemma concerns Joe Gomez, who appears to have cemented his position as the number one centre back alongside Van Dijk.

But he lacks experience in the Champions League, and Klopp may just be tempted to give Joel Matip the nod instead. 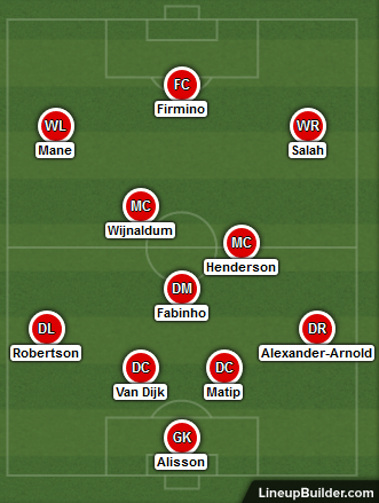 On the face of it, Atleti’s form is not all that strong, but you just know that they will deliver their best level of performance against the Reds here.

A run of W2 D2 L2 in La Liga reveals a certain vulnerability, but dig a bit deeper and you note that this is a side that has lost just 4/24 domestically this season.

But their Champions League form is extraordinary, and particularly on home soil where they have only lost once since 2015!

In that time the likes of Barcelona, Bayern Munich, Juventus and Borussia Dortmund have all left empty handed, and that confirms that the unfashionable Madrid outfit should not be underestimated.

While not completely writing off Atleti, we might surmise – looking at it objectively – that Liverpool’s odds of 5/4 to win this game a tad too short to get involved with.

We’ve already revealed how good the hosts are on home soil, and the implied probability of that price is that the Reds hypothetically win this game on 44.4% of occasions – fair, perhaps, but not indicative of betting value.

Far more intriguing is the Under 2.5 Goals line at 8/13. Atletico have kept six clean sheets in their last eight home games in the Champions League, and as we know Liverpool are no slouches defensively either.

With so much at stake here and no quarter given, backing the ‘unders’ appears to be the smartest move available.