At times this season Liverpool have taken the easy road to glory: beating opponents with a stellar demonstration of attacking, aggressive football and bludgeoning plenty of goals in the process. And at other times….well, things haven’t quite gone so swimmingly.

But the mark of true champions is getting the job done no matter what the conditions, and if Liverpool do go on to clinch the Premier League title as expected then they will look back on games like the 3-2 win over West Ham on Monday as signs that all was meant to be.

Heading into the game, this was surely going to be another straightforward home win for the Reds at Anfield against a West Ham side that has shown very little quality this term.

And when Gini Wijnaldum nodded home as early as the ninth minute – with some assistance from the flapping Lukasz Fabianski – that looked likely to be the case.

But the Hammers hadn’t read the script, and they momentarily silenced the Kop when Issa Diop buried a header of his own to level the scoring.

The rest of the first half passed by without incident, and most Liverpool fans tucked into their half-time coffees and pies fully expecting their side to romp away in the second period.

Again, they were off the mark as Pablo Fornals fired home in the 54th minute to give West Ham the unlikeliest of leads.

Nervy minutes passed by, but the Reds were creating chances and it just seemed likely that they would find a riposte – it came, fortuitously enough once more, when Fabianski allowed a tame Mo Salah effort to wriggle home.

With roughly 25 minutes to go and the Anfield faithful finding their voice, it seemed a given – if such a thing existed in football – that we would win this game.

And so it was no major surprise when Sadio Mane, so often the match-winner this term, nudged home the third after 81 minutes when Trent Alexander-Arnold cleverly chipped the ball to him at the back post.

The plucky Hammers fought hard until the final whistle, but Liverpool clung on to complete yet another ground out victory and maintain that all-important 22-point cushion at the summit of the Premier League table.

There’s no rest for the wicked, and it’s off to Vicarage Road on Saturday tea time as we tackle Watford.

There are some minor concerns in midfield this week as Jurgen Klopp has revealed that Jordan Henderson could be out for up to three weeks after injuring his hamstring against Atletico Madrid.

“Hendo, it could have been worse,” the manager explained. “But he will be out, I think, for three weeks or so, which is not cool. But how we see it, we were still lucky.”

That issue is exacerbated somewhat by the revelation that James Milner missed training on Wednesday, and he too is now rated as doubtful for the trip to the Hornets.

Balance in midfield is key to how we operate, and so a trio of Fabinho, Wijnaldum and Alex Oxlade-Chamberlain is anticipated to combine athleticism and guile with something of a defensive sensibility.

Otherwise, it’s as you were for the Reds with nobody else suffering with any significant knocks. 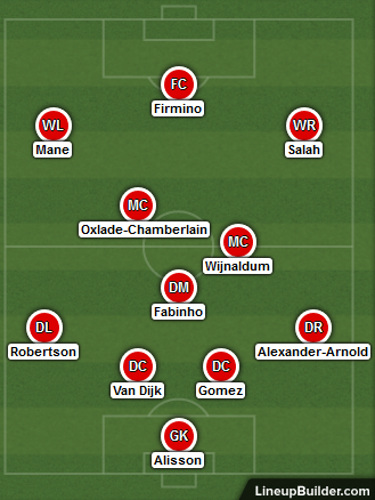 The honeymoon period that came with Nigel Pearson’s appointment as Watford boss appears to be long over now.

The Hornets were flying when the former Leicester man stepped into the breach, however their current formline – W0 D2 L3 – has seen them plunged back into the relegation zone.

The threw away leads in defeat to Everton and Aston Villa and in the draw with Brighton, and were fairly trounced 0-3 by Manchester United last time out.

It seems as though the confidence has been sapped out of these Watford players.

Liverpool have been made 4/9 favourites for this game, and that seems fair enough given our ability to win in almost any set of parameters in the Premier League.

We will miss Jordan Henderson, though, and Watford’s midfield – which can be something of a battering ram at times – will have to be gotten to grips with.

This is not an overly favourable betting market, to be honest, with plenty of trappy prices offered by the bookies.

But there is some value in the Liverpool to Win & Over 2.5 Goals double at 21/20. Watford’s scoring has improved under Pearson, and they could nick a goal in what is otherwise expected to be a routine Reds win.