And so we go again: that has to be the message from Jurgen Klopp after the final day heartbreak of last season.

Happily, any fears of a Premier League hangover were put to bed shortly after by victory in the Champions League final over Spurs.

But it’s domestic glory that really drives the passion of Liverpool fans, players and the management team, and perhaps 2019/20 will be the season where we finally get our hands on the Premier League trophy.

You can’t win a league trophy in August but you can certainly lose it if your start is that disastrous, and so the Reds will be looking to get off to a hot start against newly promoted Norwich at Anfield on Friday evening.

As far as personnel goes, it’s pretty much as you were for Klopp, with no major signings and only fringe players being allowed to leave. With no transition required, we will be able to hit the ground running with a dominant display in the seasonal opener.

The starting eleven that took to the Wembley turf against Manchester City last week perhaps offers the best clues as to how we will line up here.

Sadio Mane didn’t return to Merseyside until Monday – he was given a two-week holiday following Senegal’s exploits at the African Cup of Nations, and so he will perhaps take a watching brief from the bench. Mo Salah and Naby Keita, who were knocked out of AFCON in earlier rounds, are fit to start although the latter too may be benched.

Otherwise, fitness doubts over James Milner leaves a midfield trio that picks itself: Fabinho, Henderson and Wijnaldum, with the fit again Oxlade-Chamberlain and Lallana not far away.

At the back, Joe Gomez benefits from a full pre-season campaign, and it’s quite possible that he will become our first choice centre back this term alongside Virgil van Dijk.

The obvious beneficiary of Mane’s absence will be Divock Origi, who was so impressive in the latter stages of the 2018/19 campaign. Out on the left flank that is essentially a like-for-like replacement. 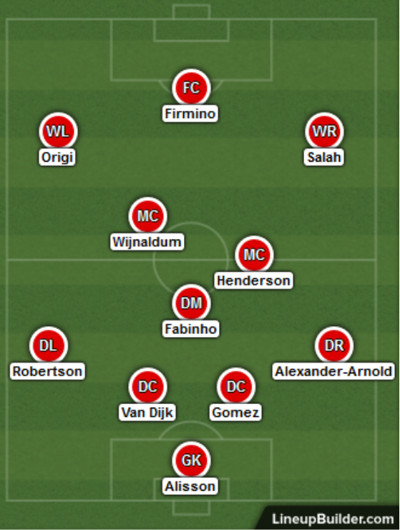 As you are probably aware, Norwich City were crowned winners of the Championship last season.

They actually finished the season on a 14-game unbeaten run, winning ten of those to romp to the trophy.

Their manager, Daniel Farke – a friend of Klopp’s, has been busy in the transfer market as he looks to build a squad capable of keeping the Canaries in the Premier League.

Their pre-season campaign was one of widespread inconsistency – not surprising really given the amount of players that came in and out of Farke’s starting eleven.

So, for every 2-1 win over Schalke there was a 1-4 defeat at the hands of Atalanta.

In their final warm-up game, they dominated proceedings against Toulouse but had a sole Kenny McLean goal to thank for a 1-0 victory.

You know the drill here: the bookies make us an overwhelming favourite to see off the newly-promoted outfit.

Indeed, odds of 1/7 are simply untouchable at this early stage of the campaign where anything can happen.

Clearly, Liverpool are the better side and are probably better prepared too having had to ready themselves for the Community Shield a week prior to the Canaries’ first ‘proper’ outing of the campaign.

There’s something particularly welcoming about playing your first league game at home, and you just know the atmosphere at Anfield on a Friday night is going to be red hot.

Norwich will be well organised and a game opponent given their promotion last season, but the step up to the top flight is a big one and you wonder how long it will take the gulf in class to show.

It’s the sort of prevailing logic that lends itself to a few different bets: the draw/Liverpool half time/full time verdict is available at 3/1, and there is some value to it given that we assume the Reds will ultimately prevail.

You can even try your hand at the ‘Timecast’ betting market that some firms offer: for example, Mo Salah to score first after 46 minutes is 18/1, and that too isn’t the worst bet anyone will place this season.

Either way, back the Reds to get the job done….it just might take a while to take the breakthrough.

Post Tags:
Homepage » Match Previews » Liverpool vs Norwich City Betting Tips (09/08/19) – Reds to Return With a Bang Against the Canaries