Everything about the 0-0 draw with Stoke on Saturday suggested that the Liverpool players were at Anfield in body if not spirit. And who can blame them? For many, Wednesday’s Champions League semi-final second leg against Roma will be the biggest game of their lives; or at least a precursor to the most important game of their lives, hopefully.

We dominated Stoke in all ways bar the one that really matters: the final score. We did everything but put the ball in the net, and arguably should have had a penalty late on when Gigi Wijnaldum’s cross struck the arm of Erik Pieters.

In the end, we just lacked that killer instinct – most probably due to a distracted state of mind, and even that man Mo Salah struggled; his seven shots at goal, albeit none on target, is the most he has had in a game without scoring while wearing the red shirt.

“I saw everything I wanted to see except fluency and fun and joy, it is hard on a day like this. Stoke were a little lucky in some situations,” said Jurgen Klopp in his post-match interview.

“We had to make changes, that is always a bit of a rhythm breaker, in the final third everything is instinct between the regulars, and we missed a bit of that. But no-one was seriously injured so we carry on.”

An avoidance of injury is certainly a relief, especially in midfield where we are desperately stretched, so that’s at least one plus point to the game.

And hopefully, given the lack of focus on Saturday, we will enjoy plenty of ‘fluency and fun’ on Wednesday night at the Stadio Olimpico.

Alex Oxlade-Chamberlain suffered his season-ending knee injury in the first leg, and worse luck for the in-form midfielder is that he will also miss the World Cup too.

The Ox joins Emre Can and Adam Lallana on the sidelines, leaving just three fit midfielders in Jordan Henderson, James Milner and Gigi Wijnaldum. Trent Alexander-Arnold filled in manfully on Saturday, but you suspect he will return to his right back berth on Wednesday.

Another missing party, albeit not on the pitch, will be Klopp’s trusted right-hand man, Zeljko Buvac, who won’t be seen prowling the touchlines for the rest of the season after requesting some time away from the game. 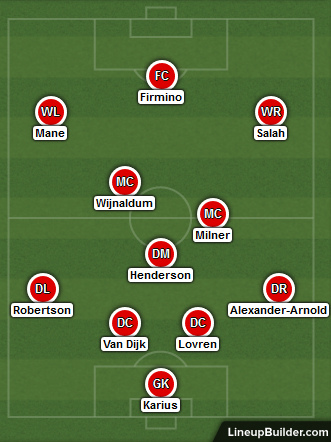 Naturally there’s not been a huge amount of movement in Roma’s form since the last time we met; they beat Chievo 4-1 in Serie A at the weekend.

There really is a clearly defined split between their home and away form. On the road they have looked particularly fragile in the Champions League, suffering defeats at Shakhtar, Barcelona and, of course, Merseyside last time out.

But they seem to find a way of righting that situation, or at least they have so far this term, and that cannot go overlooked. They stuffed Barca at the Stadio Olimpico, and it’s essential that we do not rest on our laurels despite that 5-2 cushion from the first leg.

AS Roma vs Liverpool Betting Tips

There are contrasting examples that could leave punters in a bit of a spin ahead of this game.

On the one hand, we have a Roma side who have shown a real strength in front of their own supporters; beating a decent Shakhtar side and producing the mother of all comebacks to knock Barcelona out of this competition.

As such, we have to be mindful of the Italians’ prowess.

On the other hand, we know that Liverpool can score goals almost at will; and it may only take them a matter of minutes in Rome to put this tie beyond doubt.

And look how they did the damage against Manchester City in the quarter-finals. After a fine performance saw them take a 3-0 lead from the first leg, did the Reds get lazy in the second fixture? Not a bit of it, inflicting yet another defeat on the previously unstoppable Citizens.

So Klopp’s men will not take anything for granted at the Stadio Olimpico, and that makes them a dangerous beast indeed.

So we have two sides with a genuine chance of winning this second leg, and that makes betting somewhat challenging. So, perhaps we can eschew the outright winner market and instead target goals, goals and more goals?

Roma need to score, obviously, to keep the tie alive while Liverpool are at their absolute best when counter-attacking at pace. It should be a recipe for plenty of end-to-end action; Both Teams to Score & Over 2.5 Goals is a must play at 8/13.