There were all sorts of shenanigans going on that may or may not have influenced the outcome of the game, but the reality was that Liverpool were thoroughly outplayed by PSG in Wednesday’s 1-2 defeat in Paris.

The French champions raced into a two-goal lead, and it’s always going to be a tough ask to turn that sort of scoreline around against a side of this class.

James Milner did pull one back from the penalty spot on the stroke of half-time following Angel di Maria’s wild lunge on Sadio Mane – the referee initially gave a corner, in one of a number of bizarre decisions made on the night – but otherwise we could not find a way through, with our usual attacking spark notable by its absence.

Occasionally the situations in group-based tournaments gets quite complicated as they reach their conclusion, but the concept is very simple now in Group C of the Champions League: Liverpool have to beat Napoli at Anfield to progress. Nothing else will do….

Wednesday night was not ideal preparation for Sunday afternoon: we ‘welcome’ Everton to Anfield for the first derby of the campaign.

You can throw the formbook out of the window for this one: who wants it more will be the defining factor of what will surely be 90 minutes of madness on Merseyside.

We approach this latest battle with the Toffees with slight trepidation having witnessed the April meeting between the sides.

You may recall that game taking place in-between the two legs of our Champions League quarter-final against Manchester City.

Jurgen Klopp gave preferential treatment to the continental fixtures – fair enough, perhaps – and made five changes to his usual starting eleven. The likes of Mo Salah and Andy Robertson were left out of the squad for that drab 0-0 draw, while Roberto Firmino, Trent Alexander-Arnold and Alex Oxlade-Chamberlain were dropped to the bench.

What followed was a disjointed performance featuring the likes of Danny Ings, Dominic Solanke and Ragnar Klavan, and we really do hope that Klopp has learned his lesson and fields his strongest available starting eleven here. The fans won’t tolerate another sub-par setting against the neighbours from across Stanley Park.

Jordan Henderson is suspended and so he won’t take part, while the only other injuries/illnesses to the readily available squad are fringe players: Lallana, Origi and Solanke.

The manager simply has to field what is, right now, our best eleven. Nothing else will do. 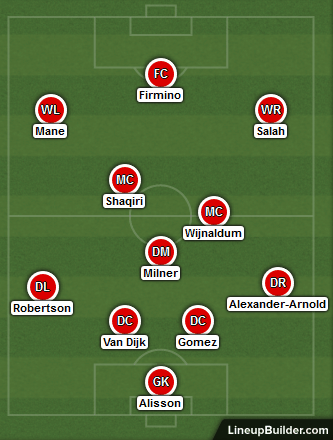 There is a feeling that Everton are something of the flat-track bully.

The likes of Cardiff, Fulham, Southampton and Crystal Palace have all tasted defeat against Marco Silva’s side, who coincidentally (or not) are four of the bottom five in the Premier League.

But match the Toffees against the elite outfits in the division and they typically come unstuck: defeats against Arsenal and Manchester United followed by a tepid 0-0 draw with Chelsea.

And so if we took the local derby aspect away, Liverpool would be a red hot favourite to claim all three points.

Everton struggled to a 1-0 win over Cardiff at Goodison last time out, dominating possession but rarely threatening the Bluebirds’ goal with anything meaningful.

Given their struggles against the top six sides and a winless streak against Liverpool that now stretches to 18 games, you wouldn’t be rushing out to back Everton here, would you?

Nearly half of all Everton’s recent goals – six of thirteen – have come from Gylfi Sigurdsson, and so it’s not beyond the pale to suggest that if we can keep him quiet then the Toffees will offer very little going forward.

They particularly don’t score many away from home (seven in six), which suggests Silva tweaks his tactics to make his side more solid on their travels.

Enough about them, what about us? PSG aside, we’ve been in decent enough nick of late, and the stats suggest that we will win this match without conceding: our league record at Anfield reads W5 D1 L0, with just one goal shipped.

And so punters have two choices: back the Reds to Win to Nil at a handsome price of 7/5, or instead opt for a Liverpool -1 handicap – which allows us to concede without ruining the selection – at 11/10.

The bookmakers’ pricing of Sadio Mane in the Anytime Goalscorer market continues to amaze; he has already netted six in half-a-dozen league outings this term. That makes his 7/5 price excellent value as far as we’re concerned.