Remember when there was uproar as Jurgen Klopp named a weakened side and we were knocked out of the FA Cup in the third round? Ask the players as they reclined on their sun loungers in Dubai last week if they thought that was a bad thing!

Not to diminish the importance of the great competition, but Liverpool FC has a landmark Premier League title to win and a Champions League trophy to battle it out for.

And so the extended break has been welcome, with a gap of eleven days between our last game against Crystal Palace and our next outing against Leicester at Anfield on Wednesday. Within that timeframe, Manchester City will have played three extra matches.

It’s been a great opportunity for weary limbs to be rested, and those suffering with injuries to heal in the warmth of the UAE sun. Defensively we have problems, in terms of player availability, but the period off has allowed some to get closer to a first team return.

Then, on Wednesday, the second half of the campaign begins in earnest. With three defeats in their last four, Leicester are very much there for the taking, and while they are enjoying a weekend off too after being knocked out of the FA Cup, that has just given them longer to stew after their heartbreaking 3-4 loss to Wolves last time out.

So let’s get back on track with a handy victory at Anfield.

Right back is a particular area of concern at present.

Trent Alexander-Arnold is struggling with a knee injury, and while he has been back in light training during the break his readiness for first team action is still up in the air. “He is better, much better, but we have to see. It needs to be stable – and in the moment it is stable and it’s about the pain,” Jurgen Klopp told the club’s official website.

“It will not be long [for Trent], but is he ready for Leicester? I don’t know, we will find out.”

With Joe Gomez still on the treatment table and James Milner suspended, that laves something of a hole in that position.

Fabinho underwent a rehab session in Dubai and could be available, while Klopp spoke in glowing terms of the youngster Rafa Camacho this week. “We have to come through this situation. Tell me a player who can play right-back and other positions as well better than our boys like Rafa can do?”

At least there’s more positive news at centre back, with Joel Matip back and Dejan Lovren also returning to full training.

Gini Wijnaldum is improving too, and he may be pressed into midfield action if Fabinho slots in elsewhere. 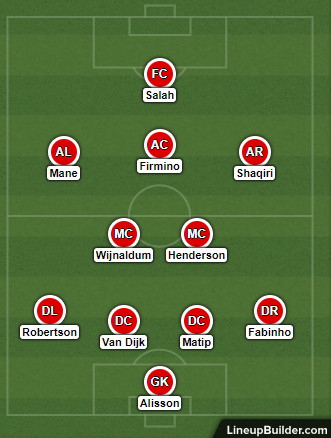 The knives are very much out for Leicester City boss Claude Puel.

After a humbling FA Cup defeat at Newport County, the Foxes have embarked on a run of three Premier League defeats in four starts, with reverses against Cardiff (0-1), Southampton (1-2) and Wolves (3-4).

In fact, given the break they have had from competitive action, the Frenchman is arguably lucky to still be in a job.

They have conceded in 8/12 away matches, and boast a record of W2 D0 L4 against the big six teams so far this term.

Hell hath no fury like a woman scorned, so the old adage goes, and there’s something similar in football about writing off a wounded animal.

It would be easy to write off the Foxes as a minimal threat here, but they will be hungry to prove the doubters wrong in a fixture which, really, is something of a free hit for them.

Nobody really expects Leicester to get anything from Anfield – the bookmakers certainly don’t anyway, installing us as a red hot 1/4 favourite, but the visitors should be treated with respect.

On the other hand, their defending against Wolves was shocking; not aided by an injury to Harry Maguire, who limped off early. If the England man isn’t fit for Wednesday’s game, Leicester might have to batten down the hatches to keep our rested frontline at bay.

And it’s that logic which informs our main bet for this game really: Liverpool to win with a -1 handicap at 4/6.

If the Foxes do line up with a back four of Simpson, Morgan, Evans and Chilwell, clearly there are going to be opportunities for our frontmen to prosper.

It’s at times like these we’re inclined to back Sadio Mane as an Anytime Goalscorer at 23/20. The Senegalese ace scores more than his fair share of goals, making this a must bet at an odds-against price.