It’s testament to how far Liverpool have come under Jurgen Klopp that at no point did we feel concerned when Newcastle took a shock seventh minute lead on Saturday. Jetro Willems’ strike was a peach for the Magpies, and while there was something of a collective shrug, it was still in little doubt as to who would win this game. Indeed, the bookies still made us favourites despite going early on.

With Roberto Firmino watching on from the bench – no doubt as a consequence of a late flight home from the USA following international duty, we had plenty of firepower to call upon, and when the Brazilian entered the field of play to replace the injured Divock Origi the synchronisation of our front three paid immediate dividends.

Sadio Mane had already equalised by the point, curling home a sublime finish after 27 minutes, but it was Firmino’s entrance after 37 when we really hit our stride.

He created our second goal, picking Christian Atsu’s pocket in the middle of the pitch before sliding a near perfect ball into the path of Mane. Newcastle’s goalkeeper Martin Dubravka dived at the feet of the Senegalese ace, but the ball rebounded off his knee to leave Mane with the simplest of tap-ins.

Firmino was at it again in the second half, creating sublime chances for both Andy Robertson and Trent Alexander-Arnold, before his genius flick sent the ball into the path of Mo Salah in the 72nd minute. The Egyptian made no mistake, and that was that as far as the contest was concerned.

We’ve now won 14 Premier League games in a row – the record is the 18 set by Manchester City, and that is now an obvious target.

But there is a temporary distraction this week as the Champions League gets underway. Our first assignment is a trip to Italy to take on Napoli on Tuesday.

The main injury concern for the trip to Naples will of course be Origi, who limped off in the first half against Newcastle after a fairly innocuous incident.

The Belgian will have to undergo a scan on his ankle, and while the physio team is optimistic there has been no significant damage done, clearly Origi’s place on the flight is in serious jeopardy.

Indeed, Jurgen Klopp pulled Rhian Brewster out of his planned appearance with the Under-23s, which gives a strong hint that he will on the bench against Napoli.

Alisson still has no return date in mind as he battles back from what Klopp described as a ‘really serious’ calf injury, while the manager is hopeful that Naby Keita will return to training this week following his hip complaint.

Now Klopp must decide his best plan of attack in Italy, which will probably revolve around a double midfield pivot of Fabinho and Jordan Henderson, who was rested at the weekend. 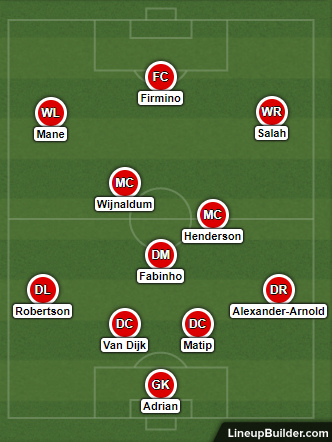 It’s been a goal-laden start for Napoli as they seek to close the gap to Juventus at the top of the Italian Serie A.

Managed by Carlo Ancelotti, they have already won a 4-3 encounter (against Fiorentina) and lost by the same scoreline (to Juventus), and they followed those up with a 2-0 win Sampdoria on Saturday.

So while there are definite defensive frailties there, the Naples outfit’s attacking talents have been in fine form so far – Dries Mertens and Lorenzo Insigne are amongst the goals already, as is new man Hirving Lozano, the talented Mexican snapped up from PSV in the summer.

Of course, we traded 1-0 scorelines with Napoli in last season’s Champions League, although based on what we have seen so far this term it would be something of a surprise if there was such a goal-free encounter here!

The bookmakers have Liverpool as their favourite to win this game, albeit at an odds-against price, and from what we’ve seen that is probably just about right.

However, it would take a brave punter – or an optimistic fan – that takes the 11/8 available.

Instead, we’d be taking our punt in a goals-based wager, with both teams more than capable of finding the net on big European nights. Both teams to score, at 6/10, and Over 2.5 Goals, at 8/11, are prohibitively short, so let’s look elsewhere for value.

How about this one: Liverpool to score in both halves at 2/1? Klopp will name his strongest available eleven, of course, while Napoli have conceded three or more goals in games against Fiorentina and Juventus already. It’s a wager that seems fair enough to us.