Any notion that the World Cup break might have somehow changed the way Liverpool go about their game was quickly dispelled in their 3-1 return win against Aston Villa on Boxing Day. This was heavy metal football of the highest order, and while many were experiencing their traditional Christmas bloating on the sofa, the Reds were in fine shape as they cut through the Villains.

However, there’s been few occasions this term in which there hasn’t been a ‘but’ when describing a Liverpool performance, and the fact that Villa created 1.70 xG – albeit compared to the Reds’ 3.19 – suggests that once again Klopp’s men were too easy to play through and create chances again.

But football is a sport where putting the ball in the net is the only thing that matters, and when Mo Salah slid home as early as the fifth minute at Villa Park following fine work from Andy Robertson, Liverpool looked most likely to enjoy the festivities.

It stayed that way for much of the first half, and things could have been even more comfortable for the Reds had they been more precise in front of goal – Darwin Nunez once again displaying an unerring ability to get into excellent positions before proving profligate with the goal at his mercy.

Liverpool would find a second just before the break, however. A corner would eventually find its way to Virgil van Dijk, whose shot was deflected into the back of the net.

Villa improved immeasurably after half time, and their probing was rewarded when Ollie Watkins headed home – setting up a grandstand final half-hour.

The hosts pressed hard for an equaliser, and there would still be time for another goal – that would go to Liverpool, however, and to a surprise source too. Stefan Bajcetic, subbed onto the pitch just two minutes earlier, lashed home his first Reds goal after more unselfish running from Nunez.

Klopp will have been delighted with the victory after waiting so long for the return of domestic football, and the Anfield faithful will get a chance to welcome their heroes home to Anfield on Friday with the visit of Leicester City.

The hectic festive schedule of games requires careful planning and squad rotation, although Klopp will have been delighted that he got a chance to use all five of his subs at Villa.

That afforded the likes of Thiago, Jordan Henderson and Trent Alexander-Arnold something of a breather, and so they should be ready to take on Leicester.

The return of Alex Oxlade-Chamberlain was something of a surprise at Villa, but he played pretty well before being subbed off himself – he could well start on the left against the Foxes if Klopp was also suitably impressed.

The extra pace of Joe Gomez might be brought in ahead of Joel Matip to combat either Jamie Vardy or Patson Daka (whoever starts up front for Leicester), but otherwise there should be a pleasing continuity to Klopp’s starting eleven. 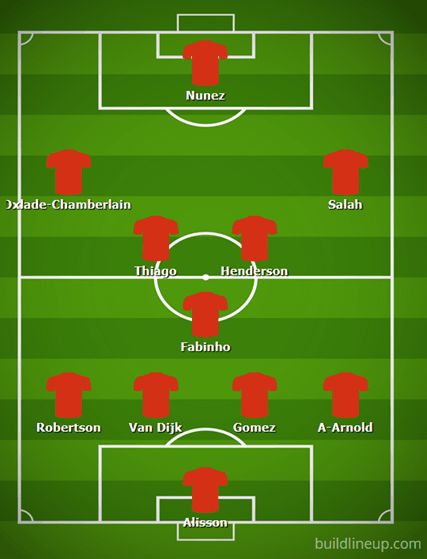 The irony of the World Cup break will not have been lost on Leicester City or Brendan Rodgers.

They went into it with a run of four wins in five games, including a quartet of clean sheets, and yet returned on Boxing Day with a derisory 0-3 defeat against Newcastle United.

Complete with injuries to key players like James Maddison and Jonny Evans, it’s been a pretty miserable Christmas for the Foxes.

Although far from being an exact science, you would have to argue that if Liverpool play here like they did against Villa then they will win comfortably.

Leicester are shy of key figures at both ends of the pitch, and against Manchester City prior to the World Cup break they barely broke out of their own half as Rodgers battened down the hatches – expect something similar at Anfield.

So Liverpool to win to nil at 7/5 and Liverpool with a -1 handicap at 5/6 are both viable options – you could even play both for a double payout if the Reds and the Foxes perform as expected on Friday.

Can we pull the trigger on a Nunez anytime goalscorer bet once more? He had the highest player xG against Villa and the most touches inside the opposition penalty area, so the Uruguayan remains a threat in front of goal. Odds of 11/10 seem fair given that penchant for being in the right place at the right time.