By approximately 4pm on Sunday April 28, we might just know the destination of the Premier League trophy.

The Manchester derby on Wednesday evening, our clash with Huddersfield Town on Friday and then Manchester City’s trip to Burnley on Sunday could well determine the location of the silverware.

Funnily enough, playing the already relegated Huddersfield at home is as agreeable as Premier League fixtures get right now, whereas City will have their work cut out claiming all six points from their contests with United and the Clarets. Right now, it’s advantage Liverpool.

We returned to the top of the table on Sunday courtesy of a 2-0 victory at Cardiff City. It was something of a cut and paste from many of our other matches this term. We dominated proceedings – 76% possession and 17 shots on goal is testament to that – but once again struggled to turn that into goals.

We had chances in the first half, of course, and Bobby Firmino really ought to have done better when he found a pocket of space in the penalty area. The Brazilian curling over the bar when well placed.

And Mo Salah burst through on goal in his customary fashion as well, but he was thwarted by the outstretched foot of Cardiff keeper Neil Etheridge.

Thankfully, we didn’t have to wait too long to break the deadlock in the second half, when Trent Alexander-Arnold’s low corner was blasted home by Gini Wijnaldum after 57 minutes.

A rare foray forward brought a great chance for Cardiff, and their captain Sean Morrison somehow headed over when unchallenged inside the six-yard box.

And his woes worsened surely afterwards when he grappled with Salah in the box and eventually hauled the Egyptian to the ground. James Milner, one of the most reliable penalty takers in the business, did the honours to secure a 2-0 victory in Wales.

We’re in an enviable position now: we can watch the Manchester derby ad cheer on United, weirdly, before knowing that we should have all the tools required to beat Huddersfield at Anfield on Friday.

There aren’t any new injury concerns for Jurgen Klopp to worry about other than Fabinho, who after entering the field as a second half substitute against Cardiff left the field of play shortly after taking a blow to the head.

The Brazilian was subbed for safety reasons as part of the new directives on head injuries, but it seems as if he will be okay. “It was very unlucky. Fabinho is OK but he had a bit of shaky legs and that’s of course not a good sign in the moment,” the manager told the club’s official website.

He may not be risked anyway for the Huddersfield game, and while Dejan Lovren and Adam Lallana come back into the reckoning Klopp may field the same eleven that started against Cardiff.

Yes, the Champions League tie with Barcelona comes on Wednesday, but victory here could be monumental in a tough old week for Manchester City. 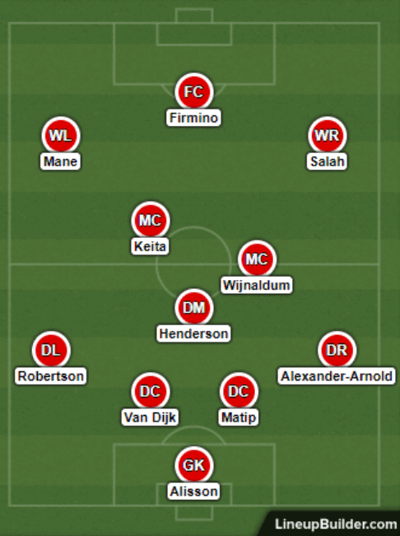 Occasionally with teams who are relegated, mathematically speaking, prior to the end of the campaign you can see a real improvement in their performances with the pressure of competitive football off.

However, that hasn’t really been the case for Huddersfield, who have lost seven Premier League matches in a row and 20 of their last 21 all told!

The Terriers have conceded 18 goals in their last six outings, scoring five, and four of their last six defeats have come by a margin of two or more goals.

Just take a look at the bookmakers’ odds for this one: Liverpool are a 1/12 favourite, with the draw at 14/1 and Huddersfield 45/1 to win!

That tells you all you need to know about this one, and in truth punters should be looking at how many they expect the Reds to win by, rather than if they will triumph.

It’s very difficult to make profitable wagers in matches like these, and perhaps our best angle of attack is to tackle the Correct Score market.

After all, we know that Liverpool have kept clean sheets in 10/17 league matches at Anfield this term, and that Huddersfield have failed to score in 9/17 on the road.