So here we go again: less than a month since the last Merseyside derby, we go at it again with our blue neighbours this week in what is an almost immediate opportunity to gain revenge on Everton for the point they stole back in Anfield.

Okay, so Friday night’s clash is an FA Cup third round tie, rather than a league encounter, but bragging rights are bragging rights….and it’s always nice to knock your bitter foe out of the cup competitions.

The 1-1 draw at Anfield back in December was a case of footballing daylight robbery. To some extent we only had ourselves to blame: Jurgen Klopp bizarrely rested Roberto Firmino, Phil Coutinho, Gigi Wijnaldum and Emre Can for the game, which in itself is indicative, and then despite dominating possession we could only put the ball in the Everton net once. When Dejan Lovren brought down Dominic Calvert-Lewin in the penalty area in the second half, well, the ramraid was complete as far as Big Sam Allardyce and his team were concerned.

But that match took place during Allardyce’s honeymoon period that all new managers seem to enjoy; since then, the Blues are without a win in four and have mustered a single goal in more than 360 minutes of football. The worm has turned, and our neighbours have reverted to type.

The good news is that our form is holding up well. Okay, so the performance levels in the 2-1 wins over Leicester and Burnley during the New Year period weren’t the best, but we got the six points from a pair of matches that ordinarily might have presented something of a banana-skin for our over-worked squad.

As the old saying goes, the win is the thing and right now the Reds are racking up victories at a joyous rate. Let’s hope we can add to the collection on Friday evening.

With our next match being some nine days away on Sunday January 14 (against Manchester City no less), there is no real need for Klopp to rest players here. Hopefully, he got the message after he chopped-and-changed against the Toffees last time; anything less than 100% commitment will not be tolerated.

Of course, there are a couple of enforced changes that will need to be made. Both Mo Salah and Phil Coutinho are struggling with injuries, and the manager had said before the Burnley game that “Phil and Mo are injured, not massively but enough for today [to be] no chance. And [they are] a doubt, at least a doubt, for Everton.”

Salah and Sadio Mane are also flying out to Ghana for the African Player of the Year Awards just 24 hours prior to the game too, and that would almost certainly put paid to any chance the Egyptian has of starting.

The silver lining is that Adam Lallana played 86 minutes against the Clarets, and his energetic performance would suggest that he is back to full fitness. Expect him to start here.

It is believed that the Manchester City game is a likely return point for Alberto Moreno, with Jordan Henderson a possibility, rather than a probability, for that encounter as well. 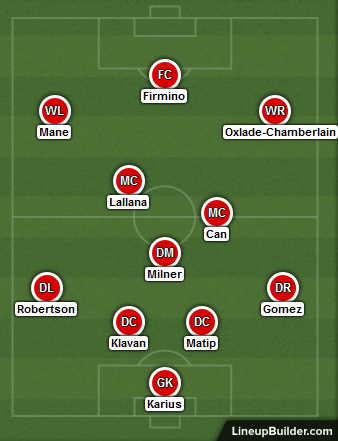 We touched on Everton’s form a bit earlier, and needless to say Allardyce’s honeymoon period is well and truly over.

They had a tough festive fixture list, let’s be fair, with trips to Bournemouth and West Brom sandwiched in-between home dates with Chelsea and Manchester United.

But let’s be frank: there are ways and means of going about your business, and the fact that Everton failed to record even a shot on target against Chelsea or United – and rarely looked like finding the net against West Brom – tells you all you need to know about the Toffees.

Allardyce might have brought an air of positivity in the immediate aftermath of his appointment, but right now he is experiencing the downside of Ronald Koeman’s poor recruitment in the summer as harshly as the Dutchman and David Unsworth had before him.

Quite frankly, this Everton side is there for the taking.

The bookmakers have Liverpool pegged at a best price of 4/9 for this one, and so once again we have to be creative in how we go about our business.

For us, this is an open-and-shut case of Liverpool to Win to Nil, which can be backed at 29/20. Let’s look at the reasoning: