There’s that old saying in life that a change is as good as a rest.Well, as far as Liverpool FC, a rest has been more welcome than ever. The winter break that most of the Premier League has enjoyed could not have come at a better time for the Reds, with Jurgen Klopp and his players having the best part of a fortnight off to recharge the batteries ahead of what will hopefully prove to be a historic conclusion to the campaign.

That meant that our stars jetted off here, there and everywhere to enjoy some quality relaxation – and who can blame them given the weather that the UK has had to endure of late.

Try not to get jealous when you learn that Alisson, for example, flew home to his native Brazil for some winter sun! “I’ve been in Brazil and I spent time to see my brother. Obviously you cannot stop, you need to keep training to keep fit and then I did some work with him. It’s nice to have sunshine.”

The downtime has also enabled some injured parties to continue their rehab towards full fitness, and it was noticeable that Sadio Mane, James Milner and Xherdan Shaqiri have all been active at Melwood since the squad returned to training.

Milner was in the stands to watch our last outing, which feels like a lifetime ago now, which was the 1-0 win over Shrewsbury in the fourth round of the FA Cup.

The young guns did us proud that day, and while it was an own goal that sealed the deal we did create plenty of other good opportunities too – the experience will have been invaluable for our youngsters.

Now we’re back at it the attention turns to Premier League business once more, with our first assignment being a trip to Norwich on Saturday.

Putting his feet up appears to have worked wonders for Sadio Mane.

The Senegalese ace had suffered a small tear in his calf prior to the international break, but that appears to have fully healed now given that the attacker was photographed back in training this week.

Whether he is risked from the start against the Canaries only Jurgen Klopp knows, but in the past Mane has proven to be a willing workhorse.

Similar to Mane, James Milner suffered a muscle injury in the 1-0 win over Everton back in January, but he too is back in training and presumably available for selection.

Xherdan Shaqiri has not returned to Melwood quite yet, although it is believed that he is closing in on a first-team return.

Klopp has a full deck to work with then, and he will treat Norwich with plenty of respect on Saturday. 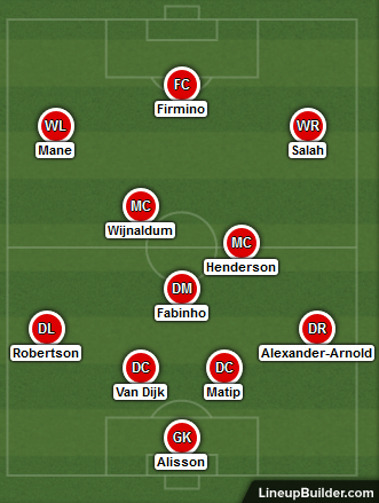 The winter break could not have come soon enough for Norwich City.

Between December 1 and February 1, the Canaries won just one of their twelve Premier League outings, with five draws and six defeats.

They conceded at least once in ten of those matches, and while they can put the ball in the net themselves, most alarming is that they have conceded two or more goals in 7/12.

There’s no great news when it comes to their home form either: Norwich have triumphed in just 3/12 at Carrow Road this term.

With odds of 1/4, the bookies are giving nothing away here as far as backing a Liverpool win is concerned.

There are other options of course, but first we decide whether we think that the Reds can win this game by two or more goals.

It’s certainly possible, given the Canaries’ defensive record, and it’s unlikely that we will take too long to get back into our stride after the break. There certainly is a case for a -1 goal handicap bet in Liverpool’s favour at odds of around 5/6.

There is some merit in the Both Teams to Score (No) selection too at even money. We’re back to full strength defensively, while roughly 50% of Norwich’s goals have been scored by Teemu Pukki this term – we’re always happy to oppose when a team is so reliant on one player to net.

Anyone interested in an Anytime Goalscorer punt will note with relish that both Sadio Mane and Bobby Firmino can be backed at odds-against prices. Take one or the other – probably Firmino, given that he will surely start ad scores the bulk of his goals on the road.