In some respects, the 2-0 win over FC Midtjylland on Tuesday night in the Champions League went perfectly to plan.

Jurgen Klopp rotated his side, got some important game time into the legs of fringe players while giving the night off to a number of his key stars, and the comfortable victory over the Danish champions was exactly what the doctor ordered.

However, it was far from a perfect night for the Reds with Fabinho hobbling off the field in the 30th minute.

The Brazilian, who of course has been filling in for the injured Virgil van Dijk at centre back, has suffered a hamstring injury which will keep him sidelined for a number of weeks – more on that later. It would be wrong to call it a defensive crisis, but the absence of Fabinho will be cruelly felt.

At least Liverpool fans were given something to cheer on the back of three simple points in the Champions League in midweek. In truth, FC Midtjylland barely laid a glove on their hosts, and even a goalless first half it seemed like a matter of time before the Reds found their way through.

And they did so ten minutes after the interval through a man who has made an impressive start to his time at Anfield. Some sublime build-up play between Trent Alexander-Arnold and Xherdan Shaqiri freed Diego Jota, and the Portuguese forward notched his third goal of the campaign.

A rare foray from the Danes almost produced an equaliser shortly after, and Klopp – sensing that his side needed another goal to seal the deal – sent on messrs Salah and Mane with half an hour to go to find the elusive second.

But it didn’t come….not until injury time, anyway, when Salah dusted himself down after being fouled in the penalty area to bury the resulting spot kick and secure the win for Liverpool.

It was a good night – barring the injury to Fabinho, and now Klopp has a defensive riddle to solve ahead of the visit of the in-form West Ham to Merseyside on Saturday evening.

Without Fabinho and Van Dijk for the foreseeable future, Klopp has a decision to make.

He can press Joel Matip into action, but the Cameroonian has been battling a knock of his own and may not be risked. As the manager himself said: “The players who are now injured, we cannot use them on the first day of being fit again – or not injured anymore. They need a proper build-up for the rest of the season.

“I think we could make probably one or the other fit for one game – but we play three days later again and we need players again.

The insinuation is that Matip won’t be risked, and so either Rhys Williams – who seems to be Klopp’s preferred option, or Nat Phillips, who is slightly more experienced, could partner Joe Gomez in defence.

Otherwise, it’s a case of chopping and changing once again as the manager seeks to keep as any of his players as fit and as fresh as possible. 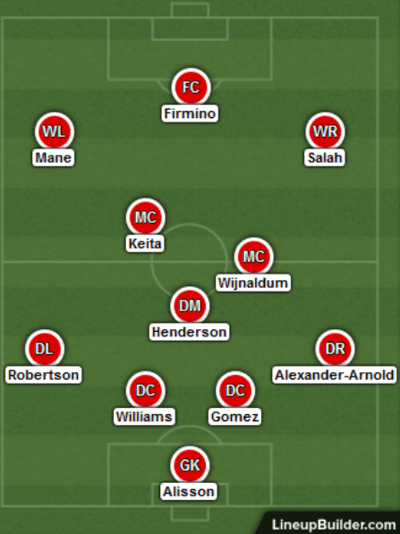 They may only reside in mid-table right now, but there is no denying that West Ham have been one of the most impressive performers in the Premier League so far this term.

Aside from back-to-back defeats to start the campaign, the Hammers have since taken points off Manchester City and Tottenham and thrashed Wolves (4-0) and Leicester (3-0).

The performance data suggests they fully deserved those results too, so this is a team that is raising their game when taking on superior opposition. And that’s why Liverpool have to be on their guard come Saturday evening….

With something of a defensive headache to resolve, and the possibility that a rookie will be thrust in at centre back, there is a concern that this is not a good time to be playing a rampant West Ham side.

There’s certainly not a great deal of interest in the 2/5 about a Liverpool victory with the bookies – they may well get the three points, but those odds do not reflect value on the balance of probability.

Indeed, Klopp may instruct his players to operate conservatively in an attempt to protect his unfamiliar backline, but even so the Hammers are creating sackfuls of big chances at the moment and will fancy their chances of scoring.

But with Salah, Mane and Firmino restored in attack, Liverpool possess plenty of attacking threat themselves and so perhaps our best bet here is Over 2.5 Goals & Both Teams to Score at a value 17/20.