In some ways, we could describe the postponement of Liverpool’s Boxing Day fixture against Leeds United as an excellent result. During a hectic December, in which Jurgen Klopp’s depleted squad has already played seven games, any time off is most welcome – especially as it ensures that the virus-hit quartet of Virgil van Dijk, Curtis Jones, Fabinho and Thiago will have ended their isolation period in time for the trip to Leicester on Tuesday.

And there was further good news for Klopp when it was revealed this week that those representing their countries at the Africa Cup of Nations in January – Mo Salah, Sadio Mane and Naby Keita among them – won’t have to leave until the third of the month, meaning that they can play against the Foxes and then also against Chelsea in a few days time.

The loss of Salah and Mane will, of course, hit the club hard, and rumours continue that a fresh face – Leeds’ Raphinha and West Ham’s Jarrod Bowen have been mentioned – could be brought in, although it has been suggested that Harvey Elliott, who could fill the Salah role, will return to action in January as well.

Klopp will look to make the most of the time he has left with his African trio, and all three look set to start against Leicester on December 28.

One of the downsides of the cancellation of the Leeds game is that it meant that Andy Robertson’s suspension was rolled over to the clash with the Foxes.

But the Covid quartet could all return, while Divock Origi is also back in full training should his services be required.

The only injury doubts are Nat Phillips and Adrian, so Klopp has pretty much a full deck to choose from as he plots how best to balance his squad in the coming weeks.

With the Chelsea game on Sunday, he may decide to make some concessions to that big contest here – Diogo Jota, who will be a crucial figure for the Reds in January with Salah and Mane absent, could be given a rest, while Ibrahima Konate may be preferred to Joel Matip, with the Cameroon ace also putting his feet up ahead of the date with the Blues. 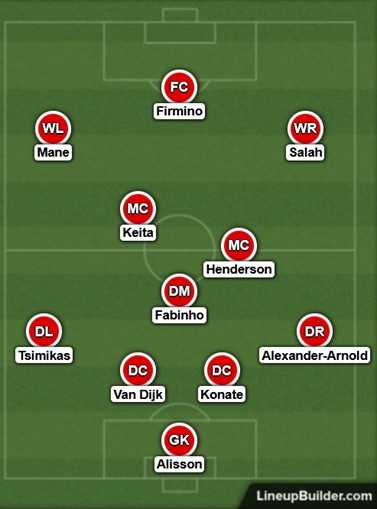 It was just a matter of days ago that Liverpool were besting Leicester in that EFL Cup quarter final, although we expect this to be a different game entirely.

That was a strong Foxes side against a rotated Reds, and the fact that we managed to score three times – and Leicester have since conceded six at Manchester City – is evidence to their defensive woes.

They have conceded two or more in five of their last six Premier League outings, and their injury list – Evans, Soyuncu, Ricardo, Bertrand, Fofana, Justin – reveals the extent of their defensive woes.

While good for a goal or two themselves – 14 in their last half-dozen league outings, and three in that EFL Cup tie, Leicester must be fearing the worst on Tuesday.

Our first instinct was to look for a juicy price on Liverpool to score three or more goals here – Liverpool’s rested frontmen ready to minced pie meat out of Leicester’s backline.

But the best quote available is around the even money mark, and that seems a touch Scrooge-like given the time of year.

So we took to the various Bet Builder tools and came up with something that certainly looks to be a value play – Liverpool to win, both teams to score and over 2.5 goals, which you can lump together at the 7/5 mark. At least two of those selections look to be a given….