An entertaining contest packed with controversy saw Liverpool escape with a point from Tottenham on Sunday. The word ‘escape’ has to be used, primarily because Spurs created a hatful of glorious chances as the Reds clearly missed the stabilising presence of the absent Virgil van Dijk, Jordan Henderson and Fabinho.

But Liverpool were more clinical in the final third, with Diogo Jota and Andy Robertson pouncing on chances to secure the draw for a patched-up Reds side.

Robertson was in the thick of the action throughout, assisting Jota’s opener with a sublime cross and notching the second himself, whilst finding the time to be the recipient of a horrific challenge from Harry Kane – how the England striker escaped with just a booking is anybody’s guess – before being given his marching orders himself after attempting to kick Emerson Royal into the stands.

Jurgen Klopp was apoplectic about the standard of officiating, and when you watch Kane’s horror tackle back on replay it seems to get worse every time.

Reduced to ten men, Liverpool battled manfully on to secure a point, but with Man City winning it was something of a blow for Klopp, who could not hide his disdain. “That’s a clear, absolutely 100% red card,” he said of Kane’s studs up lunge. “Very often you cannot see clearly or whatever but in this situation, if Andy Robertson’s foot is on the ground, his leg is broken. I think we all agree on that.”

Klopp also questioned whether referee Paul Tierney, with whom he’s had run-ins before, had a vendetta against him. “I have no idea what his problem is with me,” he said. “I was a bit more emotional in the game, but he gives me a yellow card – it is not allowed in a situation like this? I’d have preferred the right decisions on the pitch.”

The draw notwithstanding, Robertson is now suspended for the Boxing Day fixture with Leeds United, and with others struggling with illness and injury, Liverpool head into Wednesday’s EFL Cup quarter final with Leicester short staffed – a game that has become a hindrance, rather than an opportunity.

Given the rules on isolation, Virgil van Dijk, Fabinho, Curtis Jones and now Thiago, who has also tested positive for Covid, will all have to sit out the contest with the Foxes.

Jordan Henderson is suffering with cold-like symptoms but has not tested positive, but he might not be risked against Leicester either.

The likes of Nat Phillips and Harvey Elliott are injured, while Divock Origi has been struggling with a knock – he might be pressed into action anyway.

You suspect that Klopp wouldn’t want to rush the return of Naby Keita, who was forced to play 90 minutes against Spurs despite yet being fully fit, and so we expect Tyler Morton to continue in midfield – there could also be a start for young winger Kaide Gordon in a much-changed Liverpool line-up….the manager will want to batten down the hatches ahead of a hectic run of Premier League games. 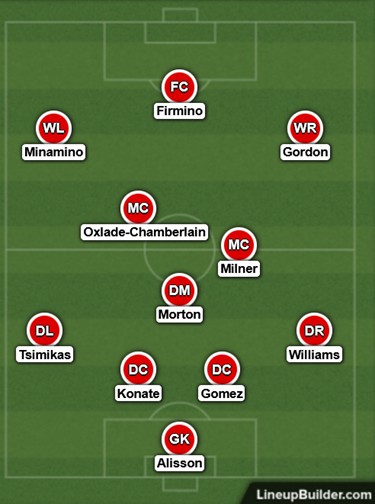 Leicester have been consistently inconsistent in recent times – their Premier League form guide of W2 D2 L2 the perfect example of that in action.

Last time out they dismantled Newcastle 4-0 in a much improved showing, and after ‘enjoying’ nine days off following a couple of Covid cancellations, they will be ready to go against Liverpool on Wednesday.

They’ve conceded two or more goals in four of their last five league outings, but the EFL Cup represents a primary shot at silverware for Leicester this term, and they will field their strongest available side at Anfield you would imagine.

The bookies make Liverpool the odds-on favourites for this game at 10/13, and knowing that they will make significant changes to their starting eleven – and Leicester, rested and with a strong eleven – are heading to Anfield to win, we have to oppose the hosts.

Making that count from a betting perspective will mean taking Leicester in the Double Chance market at 5/4, which is a more than fair price based on what we expect to happen.

Punters looking for a handsome pre-Christmas payday may want to consider a Bet Builder of Leicester Double Chance and Over 2.5 Goals at 10/3 – those are sizable odds for an eventuality that looks to have a strong chance of yielding.