Jurgen Klopp described Sunday’s trip to Burnley as a potential ‘banana skin’ for his side, so he will have been delighted that Liverpool didn’t slip out of the title race at Turf Moor.

Having watched Manchester City dismantle Norwich City the prior evening, Klopp must have feared the worst when he looked out of his bedroom window to see the rain lashing down and a strong wind blowing seemingly in all directions.

Burnley are, with no offence intended, one of the Premier League outfits most likely to thrive in such conditions, but the Reds stuck manfully to their task, gave as good as they got and left Lancashire with all three points following a 1-0 victory.

It was hardly vintage stuff, but the fact that Liverpool mixed it with Burnley physically – they only lost the aerial duel count 19-21, and conceded the same number of fouls – ensured they weren’t bullied out of the contest.

And when the chance came, Fabinho once again showed just how dangerous the Reds are from set pieces when he slotted home a loose ball just before half time. It would prove to be the only goal of the game.

Diogo Jota, on as a substitute for the returning Sadio Mane, squandered a glorious chance late on, but in the end it didn’t prove all that important as the Reds clinched a well-deserved three points.

The Premier League title race can be parked for the time being, with Klopp now readying his troops for the trip to Milan on Wednesday evening as Liverpool take on Inter in the Champions League last 16.

With the queue for the treatment table now completely empty, Klopp has the luxury of a full squad to pick from – there’s not been many times over the past year when he has been able to say that!

So all of the decisions he has to make here are tactical, and the manager will be very keen to establish a lead to bring back to Merseyside for the second leg.

Liverpool looked a better side when Thiago replaced Jordan Henderson in the second period, and you wonder if Klopp will play them both against Inter – sacrificing Naby Keita, who we know he is a big fan of.

The back four picks itself, assuming Joel Matip is fit and ready, and so the last remaining question comes in attack. Can the manager really leave Jota out? He has, arguably, been Liverpool’s best attacking player at times this term, and right now it feels as though he is operating on a higher plain than Mane. 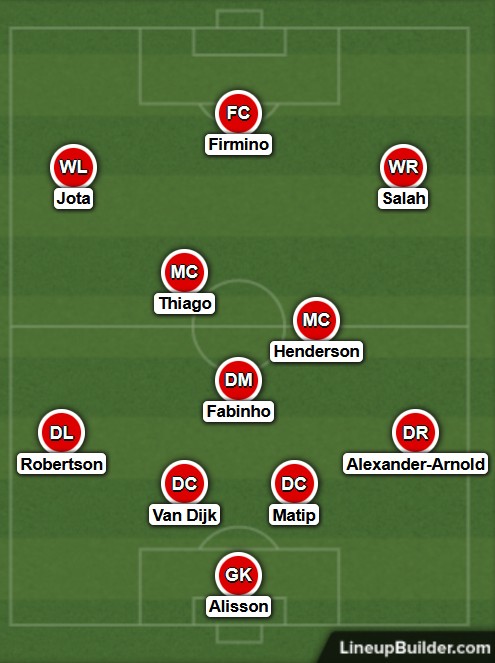 After winning the Serie A title by a landslide last season, Inter have since been shorn of Antonio Conte and the likes of Lukaku, Hakimi and Politano.

They have lost supremacy to their Milan neighbours as a consequence, and while they are still very much in the hunt to defend their crown, they have won just one of their last four domestic outings.

Life in the Champions League hasn’t been a bed of roses this term either. They didn’t even secure their route into the last 16 until the penultimate round of matches, and this was from a group that contained Shakhtar Donetsk and Moldovan minnows Sheriff Tiraspol.

Defeat on home soil to Real Madrid, as well as a 0-0 draw in Donetsk, reveals an Inter side that is there for the taking.

Sometimes when betting on football, you chase your own tail in the hunt for value.

But often, the facts are evident in black and white. Liverpool and Inter Milan both sit second in their respective domestic leagues, but the vast majority would agree that the Premier League is far stronger than Serie A this term.

What’s more, Inter struggled to get through a weak Champions League group, whereas Liverpool breezed through a bracket that included the Spanish and Portuguese champions and the side that sits above Milan in the Serie A table right now.

In short, we should be backing Liverpool to win this game, and with the bookies’ odds of 21/20 implying a probability of 48%, we know we’re in a value position – the Reds’ chances of winning this game are far greater than that.

The bookmakers also imply there’s a 57% chance that this game will go over the 2.5 goals line, but with that occurring in just 50% of last 16 ties a year ago – and Inter conceding at a rate of fewer than one per game in Serie A – there’s enough evidence to suggest that Under 2.5 Goals is a value option at 6/5.