The mark of a champion is to win and win well in games that you are supposed to. It was a trait that Liverpool did not have in their ‘nearly’ title runs prior to the 2019/20 success, but this set of players under Jurgen Klopp looks to be a different animal altogether.

Of course, Klopp himself has played down the Reds’ chances of winning the Premier League title – ‘no chance’ was his brusque answer when asked as such this week – but with a nine-point deficit and a game in hand, don’t rule them out just yet.

Their latest show of power under pressure came on Thursday against Leicester – a game against a beleaguered Foxes side that Liverpool were expected to prevail in comfortably.

And they did, with that man Diogo Jota – what an incredible signing he has turned out to be – once again at the double.

Liverpool were rampant in the first half, and Kasper Schmeichel earned his keep for the Foxes – but for his saves, Bobby Firmino and full debutant Luis Diaz would have got on the scoresheet.

But it was that man Jota who provide to be the difference, and both of his goals showed the predatory instincts that have seen him net 17 times in all competitions this term to date.

Diaz was red hot on his full debut, and so much so Mo Salah was not missed too badly – indeed, the Egyptian came off the bench in the second half and scorched the Leicester crossbar with a trademark strike.

Rare forays forward from the Foxes yielded very little, and this was the comfiest of victories for Liverpool in all senses of the word. Just don’t ask Klopp about the title….

There’s no rest for the wicked, and Liverpool return to Premier League action on Sunday lunchtime when they travel to Lancashire to take on Burnley.

What a choice Klopp has to make in attack.

Of his star quintet, Sadio Mane seems the most likely to miss out here – he will only have been back in Merseyside for 72 hours or so when the Burnley game comes around.

Salah and Jota are obvious starters, and then the choice is between Firmino and Diaz – for this particular game against the workmanlike Clarets, perhaps Firmino is the better option.

How good was it to see Thiago back in midfield against Leicester? The Spaniard is fast becoming a key figure for Klopp, and he, Fabinho and Jordan Henderson is confirmed as the manager’s preferred trio in the middle.

At the back, the only question to be answered is whether Joel Matip will be entrusted to play two games in the space of three days – he will get the nod over Ibrahima Konate if so. 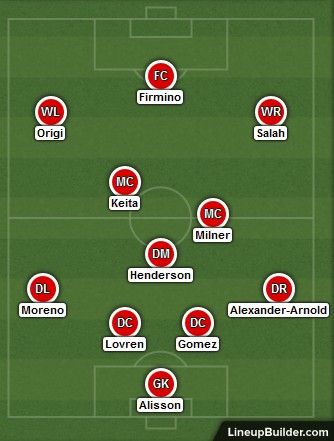 There’s a strange dichotomy to Burnley.

They sit bottom of the Premier League table, and yet they’ve lost just 8/24 so far and have conceded fewer goals than West Ham and Manchester United, to name just two.

Sean Dyche has worked wonders in turning them into a side that is tough to beat, but he has sacrificed forward momentum as a consequence – they’ve won just a solitary league game this term.

Their recent formline – W0 D4 L2, with three goals scored – is Burnley in a nutshell, and we might ordinarily expect Liverpool to win a tight encounter in which the Clarets work manfully to restrict their opponents to just a handful of chances.

But the Reds have won six of their last eight against the Clarets while scoring 18 goals, so it’s clear that Klopp finds a way to get past Dyche’s brick wall more often than not.

It’s no shock to see Liverpool as short as 3/10 with the bookmakers to win this one.

That gives them an implied probability of 76.9% to win the game, which seems a little high given Burnley’s ability to avoid defeat for the most part.

However, we know that Klopp knows how to defeat Dyche’s set up and handsomely so, and so Liverpool with a -1 handicap at 20/23 might just have a shred of logic to it.

We believe that the bookmakers underestimate Bobby Firmino in their goalscorer markets. There’s a stat – non-penalty expected goals per 90 minutes – which to some sounds like absolute jargon, but it basically refers to the chances that players find at their feet in open play.

Incredibly, Firmino ranks above Salah in that metric, and so if he has his finishing boots on he looks more than fair value at 13/8 to find the net anytime.