While it wasn’t exactly as enthralling as their Premier League clash just days before, Liverpool won’t mind the anti-climactic nature of their 3-2 victory over Manchester City in the FA Cup semi-finals on Saturday. The Reds had romped into a 3-0 lead by the half-time interval, and while City rallied in the second period to pull two goals back it never felt like this was a game that Liverpool would lose.

Their all-action pressing game made life a nightmare for City’s players, who were forced to pass the ball backwards consistently in order to retain possession. And one such passage of play provided perhaps the pivotal moment of the contest – Sadio Mane hurtled towards the opposition’s stand-in goalkeeper, Zack Steffen, and as he dallied the Senegalese ace was able to block his clearance and watch on as the ball ricocheted into the back of the net.

That goal after 17 minutes actually made it 2-0 to Liverpool, with Ibrahima Konate leaping like the proverbial salmon to head home an Andy Robertson corner just nine minutes into the game – the third time in recent weeks the athletic defender has notched from a set piece.

City just could not get going with their typically free-flowing passing all but absent, and a huge credit for that must go to Liverpool – their chasing and harrying, and ability to close down space quickly, showed just how vulnerable the Premier League champions can be when teams press them hard.

The tie looked all but over when Mane showcased sublime technique to volley home a third just before the break, and that capped a first half performance that Jurgen Klopp admitted he’d thoroughly enjoyed. “The first half was one of the best we ever played,” he said afterwards. “We did all the right stuff, we scored in the right moments. We were outstanding. I loved each second of it.”

Given how warm it was in London at the weekend, it was always likely that Liverpool’s pressing would drop off in the second period, and that lowering of intensity allowed City back into the contest – Jack Grealish pulled one back after two just two minutes of the half, and Alisson had to be alert to stop Gabriel Jesus not once but twice as Pep Guardiola’s men threatened.

Bernardo Silva’s injury time strike ensured a fraught final flurry for Liverpool fans to bite their nails through, but as the sun shone down on Wembley Stadium and the final whistle was blown, they were left to enjoy the thought of another cup final and the possibility of celebrating a remarkable quadruple.

The first component of that, the Premier League, will be tested on Tuesday evening when Manchester United are the visitors to Anfield.

While no injuries have been reported from Saturday’s game, the sheer manner in which Liverpool went about their task means that change is surely necessary for Tuesday’s game.

The likes of Naby Keita, Sadio Mane and Luis Diaz all ran their socks off at Wembley, and they may just be given the evening off – Jordan Henderson, Bobby Firmino and Diogo Jota their possible replacements.

Thiago also put a tremendous shift in – he may be replaced by Curtis Jones, while we might also anticipate the experience of Joel Matip to take the place of Konate ahead of a likely tangle with the wily old Cristiano Ronaldo. 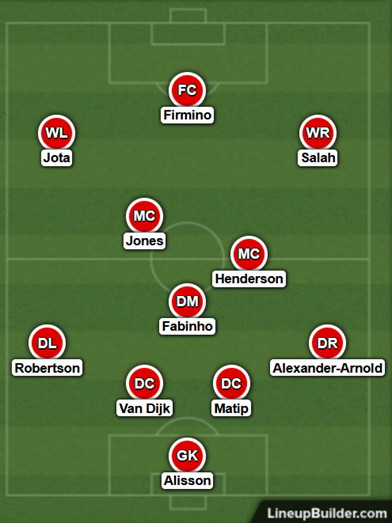 It’s been a season to forget for Manchester United, and while they still have a sniff of a top-four finish this is a far from vintage Red Devils side.

They have looked particularly vulnerable lately, too. Points have been dropped against Everton and Leicester, while even in victory over Norwich at the weekend they shipped two goals and needed a late Ronaldo strike to see them over the line against the basement dwellers.

Liverpool are as short as 4/11 with the bookmakers to win this game, and there can’t have been many times when a contest between these great old rivals has been perceived to be so one sided.

It makes finding betting value tough given that we believe the Reds to be the likely winner, and the mid-point Asian handicap line is a -1.25 deficit – again, not ideal punting potential.

So let’s look elsewhere. United have kept just one clean sheet in their last six games, and shipped two or more in a trio of those, and so Liverpool goals has to be on the agenda. What we’ve done is utilise a bet builder app and put together a treble of ‘Liverpool win and score two+ goals, plus over 29.5 tackles in the game’ at a shade over even money.

There’s also perhaps an interest in Bobby Firmino to find the net at any time at 17/10. United’s central defenders cannot be trusted really, and the Brazilian seems likely to play plenty of minutes in this game.