We’re barely into August and Liverpool already have their first trophy of the season in the cabinet!

Call it a glorified friendly if you want, but the intensity that the Reds and Manchester City showed in the Community Shield game on Saturday tells you everything you need to know about these sides – both were desperate to get one over on the other, as much as getting their hands on the trophy.

Both managers named pretty much full-strength starting elevens, and both raced out of the blocks trying to notch the earliest of blows.

That, ultimately, would go to Liverpool, with Trent Alexander-Arnold curling home a trademark strike that nestled in the corner via the bouffant of City defender Nathan Ake.

Pep Guardiola’s men looked dangerous in attack, as you would expect, with Erling Haaland enjoying a couple of half chances on his competitive debut and Julian Alvarez notching a second half equaliser.

But Liverpool looked the stronger for large periods of the first half, and while they didn’t get their reward before the break Jurgen Klopp would have been happy enough as his troops enjoyed a 15-minute breather.

Perhaps one man stole the show in the second half – what a way for Darwin Nunez to introduce himself to Liverpool supporters. He was absolute menace from the moment he came on in the 59th minute, spurning one chance when racing through and earning a penalty when his header struck the hand of Ruben Dias.

Mo Salah, in customary fashion, made no mistake from the spot, and rather than riding out the last ten minutes of the game, the Reds went for the jugular – and Nunez got the reward his endeavours deserved when he headed home a first competitive goal for the club in injury time.

While the less said about Sunday’s 0-3 defeat to Strasbourg the better – a youthful Liverpool side was well beaten by the classy French outfit, it’s still a weekend that Klopp will have savoured as his squad enjoyed plenty of minutes against high-grade opposition.

Business gets ultra-serious this week as the Premier League campaign gets underway, with Liverpool making a Saturday lunchtime trip to the capital to take on newly-promoted Fulham.

It will be fascinating to see how Klopp sets up his Liverpool side in the early going of the campaign – particularly in attack, where he is blessed with riches.

Some absentees will be enforced, and it looks increasingly likely that Diogo Jota, Ibrahima Konate and Curtis Jones will miss the start of the campaign.

There’s better news about Alisson, who Klopp has revealed will be ready for the Fulham game barring any major setback.

With Naby Keita suffering from illness and Konate sidelined, the team almost picks itself – Trent, Andy Robertson, Virgil van Dijk and Joel Matip is the likeliest back four, while the midfield three of Fabinho, Jordan Henderson and Thiago will surely continue.

Do you throw Nunez straight into the fray, or do you hold him back as he acclimatises to English football? It’s possible that Klopp will opt for the latter, given that he’s still a huge fan of Bobby Firmino. 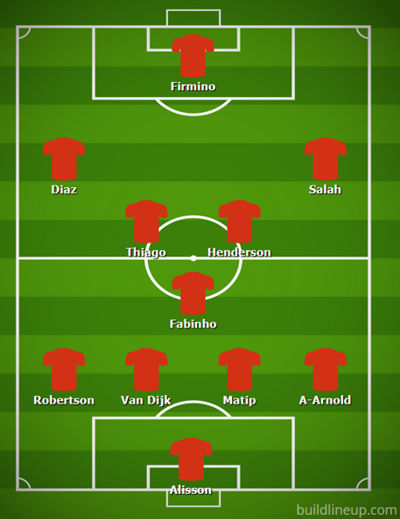 Fulham blasted their way to the Championship title last term, notching 106 goals on their way to a two-point margin over nearest challengers Bournemouth.

Aleksandr Mitrovic blasted 43 goals in a scarcely believable season, and he will be desperate to show he can cut the mustard in the top flight.

The Cottagers play with quite a swagger under Marco Silva, and the fact they lost ten league games last term – and averaged nearly a goal per game conceded – shows just how attacking Silva sets up his team.

But he will have to curtail that ambition somewhat, you fancy, in the Premier League, or it could be a disaster waiting to happen….

The early weeks of the season can be something of a nightmare for punters to navigate through.

Fulham will be buoyed by an impassioned home support and the good vibes that come from a title-winning campaign – you suspect under Silva they will not play with fear.

But in Liverpool’s favour is that they got a high octane, elite-level workout against Manchester City on Saturday, and that preparation will surely stand them in excellent stead for this trip.

The bookies are as keen to write off Fulham as you would expect, and while quotes of 11/1 about the Londoners to win this contest are still not enough to seduce, being able to back them with a +1.50 Asian handicap at 21/20 is interesting enough.

But perhaps the key angle is Both Teams to Score & Over 2.5 Goals – if Fulham find the net, the O2.5 part of the bet seems to be a formality. At 11/10, this could be a fun way to get the season up and running.