They say that home is where the heart is, but nothing could be further from the truth for Liverpool right now. They have suffered five straight defeats at Anfield, capped by the 0-1 reverse at the hands of Chelsea on Thursday evening.

This was textbook Liverpool in 2020/21 – following up an encouraging performance with a dismal one, and once again the high defensive line caused calamity as the Blues claimed a deserved victory.

To be fair, it took an excellent goal from Mason Mount to separate the sides, but Chelsea always looked the most likely winner as they routinely got in behind the Reds’ defence.

If you were being particularly indignant, you could point to the moment when the ball struck the hand if N’Golo Kante in the penalty area – even VAR missed that one, but the bottom line is that Liverpool didn’t deserve to take anything from the game.

And that was despite the positivity of welcoming Fabinho back into the first team picture, but the Brazilian was unable to do very little as Timo Werner and co gained the upper hand.

At the other end of the pitch, Sadio Mne was once again anonymous and Mo Salah, who did very little, reacted furiously to being substituted after an hour, and his petty reaction pretty much summed up Liverpool’s night and season on the whole.

The prospect of a Champions League tie with RB Leipzig in midweek – an absolutely must win game – may just tempt Jurgen Klopp to ring the changes for this hosting of Fulham on Sunday.

Keeping his side fit and fresh for the Champions League run-in now becomes a matter of priority for Klopp.

How that will be reflected in his team selection for this game remains to be seen, but it would not be a surprise if a number of key figures are benched or given the afternoon off.

Alisson should get the nod and so too, we suspect, will Fabinho, who is in dire need of first team action. He may be partnered in defence by Nat Phillips, with Ozan Kabak – still only 20 remember – perhaps being taken out of the firing line.

Neco Williams is certainly an option to give Trent Alexander-Arnold the night off, and Kostas Tsimikas may also be under consideration at left back.

James Milner and Naby Keita are both in desperate need of minutes, and they might be joined by Curtis Jones – Klopp will surely be loathe to drop the youngster given his recent form.

Will the manager stick or twist with Diogo Jota? He got half an hour in against Chelsea, and you suspect more substitute minutes – rather than a start – will be the order of the day here. However, Xherdan Shaqiri and Divock Origi could come in. 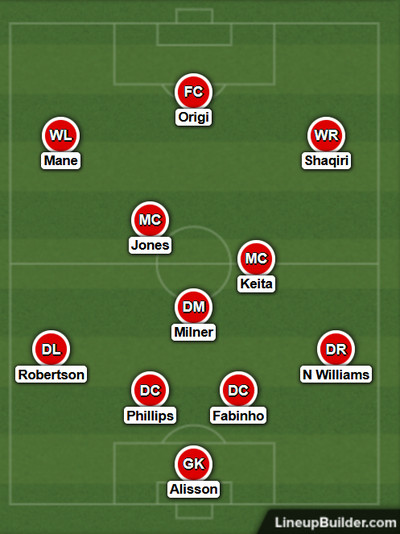 If nothing else, Scott Parker has turned Fulham into a side that is tremendously difficult to beat.

They went down 0-1 to Tottenham in midweek but were unlucky, in truth, with a handball call that could and perhaps should have gone their way.

That result aside, their formline reads W2 D3 L0 with a win over Everton and a draw with high-flying West Ham the standout efforts.

It’s incredibly peculiar writing these words about the Premier League champions against a side in the relegation zone, but should Liverpool be the 1/3 favourites here?

Doldrums aside, we do expect Klopp to ring the chances ahead of the midweek Champions League engagement, and that will help Fulham’s cause yet further.

The Cottagers have either beaten, drawn with or lost by a solitary goal to Tottenham, Chelsea, Manchester United, Everton, West Ham and Leicester City this term, and given the Reds’ turmoil it would be fairly arrogant to suggest a different outcome here.

Consequently, backing Fulham with a +1.25 Asian handicap at 21/20 seems like a more than agreeable idea.

And here’s some further surprise. The Under 2.5 Goals line is a odds-against chance at 21/20 as well, and given Fulham’s recent record – and Liverpool’s lack of spark in the final third – that seems more than fair.

Post Tags:
Homepage » Match Previews » Liverpool vs Fulham Betting Tips (07/03/21) – Could Changes Be As Good As a Rest For Rocky Reds?