While it’s great for the players to put their feet up after a hectic festive schedule, most of us would agree we’ve missed top-flight football something rotten over this past fortnight!

The good news is that it returns, in a fashion, this week, and while we have to wait a while longer for the Premier League to reconvene, there’s still a welcome return to action for Liverpool on Sunday as they welcome Cardiff City to Anfield in the fourth round of the FA Cup.

The Reds signed off for the winter break in impressive fashion, overcoming a decent Crystal Palace side 3-1 with goals in the eighth and 89th minute book-ending the victory.

That closed the gap to Manchester City at the summit of the Premier League table to nine points, and with Liverpool enjoying a game in hand this second half of the campaign could still conjure up title-winning possibilities for Jurgen Klopp’s men.

Virgil van Dijk was the early difference-maker at Selhurst Park last time out, leaping highest at a corner to give the Reds a priceless early lead.

Liverpool continued to press hard throughout the first half, refusing to rest on their laurels, and they finally got a reward for their efforts when Alex Oxlade-Chamberlain found himself in the right place at the right time to notch the Reds’ second.

The second half saw a different Liverpool altogether, and this was a true ‘Jekyll & Hyde’ performance if ever there was one – after the game, Klopp said the 90 minutes showcased how ‘insanely good we can be and how bad as well.’

It shouldn’t have been a great surprise then when the Eagles equalised in the 55th minute, with Odsonne Eduard tapping home after good work from Jeffrey Schlupp.

The hosts continued to push for an equaliser until the dying embers of the game, but it was Liverpool – much to Klopp’s relief – who netted the next and most decisive goal. Fabinho fired home from the penalty spot after Diogo Jota had been hauled down in the area.

Three points are three points, and something not to be sniffed at, but Klopp will be hoping for more of the first half version of the Reds as the second half of the campaign gets underway.

With Senegal into the final of AFCON 2022 and Mo Salah’s Egypt looking to join them there, Liverpool will once again be without two of their attacking talismen.

Naby Keita could feature – he has returned from Africa, while £60 million new signing Luis Diaz is also theoretically available; however, he played 90 minutes for Colombia in Argentina in the early hours of Wednesday and so may not be risked.

Fabinho and Alisson have also been off on South American adventures and may not feature against Cardiff, although there’s better news about Thiago – he is back in full training.

Harvey Elliott, who suffered that horror injury earlier in the campaign, has played in a behind-closed-doors friendly too – very well, by all accounts – and he will likely get some game time against the Bluebirds, albeit possibly from the bench. 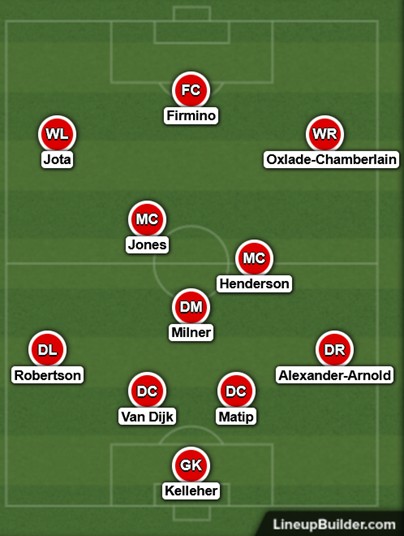 Having secured a hard-fought win over Preston in the previous round, Cardiff have been rewarded with a glamour tie at Anfield.

It’s a significant moment for the club, especially as their 2021/22 campaign has been derisory so far – they sit in twentieth place in the Championship table, nine points off the relegation zone but 16 adrift of the play-offs.

Their most notable numbers come in the fouls and cards column – Cardiff sit second in the bookings points table this term, with 62 yellows and an additional three red cards to their name.

Liverpool can expect the tackles to be flying in on Sunday….

These games are always so hard to analyse. Liverpool should win comfortably – as betting odds of 1/6 attest, but having had time off you wonder how quickly the players will settle back into the tempo of things.

You’ll barely scrape 1/2 on the Reds with a -1 handicap too, so let’s avoid the match winner market and try and find some value elsewhere.

The 3/1 about Oxlade-Chamberlain to score anytime is appetising – he will surely start this game, and probably in an advanced position too.

We’re happy to make a rare foray into the cards market too. Cardiff will be instructed to get stuck in by boss Steve Morison, and they will look to disrupt the play as much as possible. Over 2.5 Cards, available at 11/10, looks to be fine value.