Even the most optimistic, cup-half-full Liverpool supporters must have been fearing the worst when Douglas Luiz put Aston Villa one-nil up against the Reds after just three minutes on Tuesday. That contest at Villa Park came just hours after Liverpool had dropped points against Tottenham – at a time when they require absolute perfection to haul in Manchester City at the summit of the Premier League table.

And their positivity was rewarded when Joel Matip prodded home from close range just three minutes later to level the scoreline.

The game was played on a knife-edge, with Aston Villa – ostensibly with nothing to play for – living up to Steven Gerrard’s promise that the would give it their all in order to preserve the integrity of the title race.

Indeed, Danny Ings missed a hatful of glorious chances for the hosts, with Liverpool visibly unsettled by the absence of Fabinho, who was substituted in the first half after going down with a hamstring strain.

But the Reds stuck to their task, and finding something of a rhythm in the second period it wasn’t a huge surprise when they took the lead; nor was the source of the goal. Luis Diaz has been revelatory since joining in the winter transfer window, and it was his cross that was met by Sadio Mane – another who has enjoyed a resurgence after moving into a central role – who nodded home.

There was still some time for jitters, but Liverpool hung on to claim what may well be a crucial three points….who knows. Afterwards, Klopp was full of praise for his players and their ‘massive’ comeback. “Their quality, mentality and character is the reason why we are where we are. I’m not surprised they are able to do something like this, but I don’t take it for granted – I’m really proud tonight of the boys, it was massive.”

Another massive week in Liverpool’s modern history ends with another monumental fixture – this time, the FA Cup final at Wembley against Chelsea on Saturday.

One of the minor issues that Klopp has faced all season is that he doesn’t have a ready-made replacement for Fabinho in the defensive midfield role.

The Brazilian is likely to miss the cup final and the Reds’ remaining Premier League games, leaving the manager with a head-scratcher to solve in getting the balance of his midfield right.

The most likely option is to play Jordan Henderson there – he has the discipline and game-reading qualities to at least act as a useful replacement for the outstanding Brazilian.

That creates a vacancy in midfield – you’d expect Naby Keita to come fill that, and otherwise this Liverpool starting eleven picks itself….unless Klopp has a surprise or two up his sleeve. 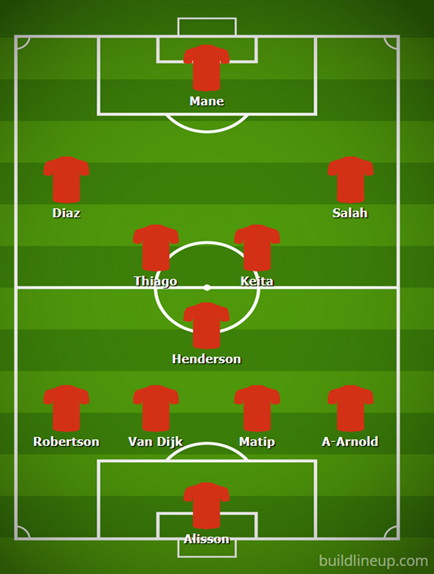 Chelsea have, perhaps, returned to form at just the right time ahead of Saturday’s cup final.

They downed Leeds 3-0 in midweek – aided, it has to be said, by Daniel James’ lunk-headed sending off in the first half.

That ended a three-game run in the Premier League without a win, with the two-goal lead thrown away against Wolves perhaps the worst culprit in that spell.

Zoom out a little further, and the Blues’ formline in the league reads W3 D2 L3, and in two of those they have shipped four goals – not necessarily the best of form from which to head into a cup final.

A one-off game of high importance can be difficult to read from a betting perspective, and so caution is advised on the part of punters.

What is interesting, though, is that Liverpool are priced at 11/10. You’d expect that sort of price from a contest at Stamford Bridge, so on neutral territory we have to make the Reds a decent favourite given the Blues’ recent travails.

They have kept just three clean sheets in their last eight games, conceding at a rate of 1.50 goals per contest. That should give the Reds heart, and punters plenty of hope that the Liverpool to win at 11/10 is the right play.

To further the point, we can back Liverpool to score two or more goals at 4/5, and as such there is perhaps scope in the 10/11 about Over 2.5 Goals as well.

Interestingly, you can now get odds of 16/1 on Liverpool winning the quadruple. Favourites here and against Real Madrid in the Champions League final, stranger things have happened.