While mention of the ‘Q’ word is strictly off limits on Merseyside, Liverpool completed the second leg of what could be a historic quadruple by lifting the FA Cup on Saturday.

The Reds downed the Blues of Chelsea after what was a fairly epic 0-0 stalemate – but, as was the case in the final of the Carabao Cup between these sides earlier in the season, it was Liverpool that showed more poise and precision from the penalty spot.

The 90 minutes of normal time were incredibly entertaining, and in truth either side could have won it here – Luis Diaz, Andy Robertson and Marcos Alonso all hitting the woodwork, while both goalkeepers were busy in an thoroughly engaging contest.

Liverpool’s task was made all the more difficult when Mo Salah was taken off in the first half through injury, but the Reds maintained their free-flowing attacking game and somehow it made the performance of Diaz stand out even more – the Colombian was once again his team’s star man, in a season in which he would surely have been a contender for PFA Player of the Year honours had he been at Anfield since the start of the campaign.

The opening 90 minutes fizzed and popped, but extra time fizzled out – as it so often does in cup finals played in warm temperatures – into nothingness as the spectre of the penalty shootout loomed.

And so it proved, with both teams exchanging successful kicks early in the duel. But then Cesar Azpilicueta struck the woodwork, leaving Sadio Mane the chance to net the winner against his Senegal international teammate Edouard Mendy.

But Mendy guessed which way Mane would go, and onwards the contest went….until Alisson produced a fine save to keep out Mason Mount’s kick, allowing Kostas Tsimikas to step up and coolly slot home the winner.

It looked set to be the perfect weekend for Liverpool when Man City went 0-2 down at West Ham on Sunday, but the Hammers’ second half capitulation allowed Pep Guardiola’s men back into the contest – the point earned keeps them four points ahead of the Reds, who travel to Southampton looking to close the gap and take the Premier League title race to the final day.

Liverpool’s manic fixture list is starting to take its casualties.

Fabinho is almost certainly out of Tuesday’s game, and he now faces a race against time to be fit for the Champions League final later in the month.

Mo Salah was holding his groin when he went off in the cup final, while Virgil van Dijk didn’t emerge for extra time – he told ITV that he ‘felt a twinge behind my knee’. Jurgen Klopp has since said ‘all we know is that it’s not a big thing, but the next game is on Tuesday. I think they will both be fine.’

The likelihood is that neither will be risked, despite the importance of the Southampton game, and so you would expect them to be replaced by Joel Matip and Diogo Jota respectively.

While less than ideal, some other changes might need to be made out of necessity – Liverpool’s players were out on their feet by the end on Saturday. James Milner could deputise for Jordan Henderson in midfield, with Curtis Jones also potentially deputising for Thiago….he played all 120 minutes against Chelsea.

Bobby Firmino could also come in for the weary Sadio Mane as well, although Klopp will be mindful that Tuesday’s game is a must-win affair….how many changes can he get away with? 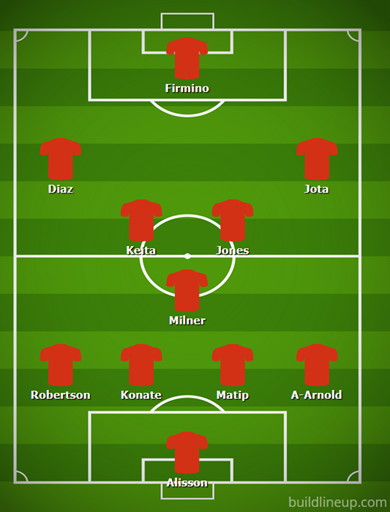 If you asked Southampton fans for their review of their team’s season, you suspect most would be a tad disappointed with a finish of the fifteenth place that now looks likely.

They could yet play a part in the destination of the title, of course, but one win since March reveals the extent of their woes.

The Saints have actually lost seven of their last ten Premier League games, have conceded two or more goals in eight of that ten and three or more in 30% of them.

All told, it’s got the look of a team that’s ‘on the beach’ already….however they can be sometimes be the most dangerous of opponents.

Looking at the raw numbers, you would expect Liverpool to win this game with plenty left to spare.

But Southampton have a habit of raising their game for the biggest of opponents, and this season they have taken points off Manchester City (twice), Manchester United (twice), Tottenham (twice) and Arsenal.

And yet, for the most part, they can’t defend for toffee, and even a leggy Liverpool are likely to enjoy some success in the final third.

But if Van Dijk does miss out, and without a recognised defensive midfielder, there is a certain vulnerability to the Reds – especially given the Saints’ fondness for these types of fixtures.

So our play is a bet builder of Both Teams to Score and Southampton to Win Either Half at a meaty 10/3.