In the end, it was not to be for Liverpool, who had their Premier League title hopes dashed on the final day of the 2021/22 campaign. At one stage the Reds went favourites with the bookies to lift the trophy, with Manchester City 0-2 down against Aston Villa and Liverpool looking likely to beat Wolves despite going an early goal down.

However, it was not meant to be, as the Villains lived up to their name by conceding three goals in the space of five mad minutes.

Wolves’ third minute goal, slid home by Pedro Neto from Raul Jimenez’s pass, silenced the Anfield crowd….this was not how things were supposed to play out.

There was a tense period where Liverpool dominated possession but couldn’t find a way through in a game they had to win, but thankfully Sadio Mane – as he has been prone to doing since switching to a central striker role – found space after 24 minutes and fired in the Reds’ equaliser.

The rest of the game was agonising to watch, with Wolves looking dangerous on the break and Liverpool thwarted at every turn – Mane ha a ‘goal’ ruled out for offside, while Trent Alexander-Arnold, Luis Diaz and Diogo Jota all had shots blocked or turned away.

The second goal finally came when Mo Salah crashed home from close range, and while Andy Robertson scored a third late on to seal the three points, it was not to be due to Manchester City’s rousing comeback across the north west.

That painful Sunday has been eradicated from the memory now, with Salah confirming he will be staying at the club for the foreseeable future. And there’s the small matter of a Champions League final on Saturday against Real Madrid.

There’s an air of ‘will they or won’t they?’ about a number of Liverpool’s key players ahead of the trip to Paris.

The suggestion is that Fabinho will be fit enough to take part against the Galacticos, with the Brazilian back in training with the first team.

Thiago could also return to training today (Thursday) according to reports, and so the only player definitely out of the running is Divock Origi – the striker won’t get a chance for the perfect send-off ahead of his probable move to AC Milan after suffering a muscle injury.

Otherwise, Jurgen Klopp has a full deck of players to choose from – we know already what his favoured starting eleven is, assuming everybody is fit. 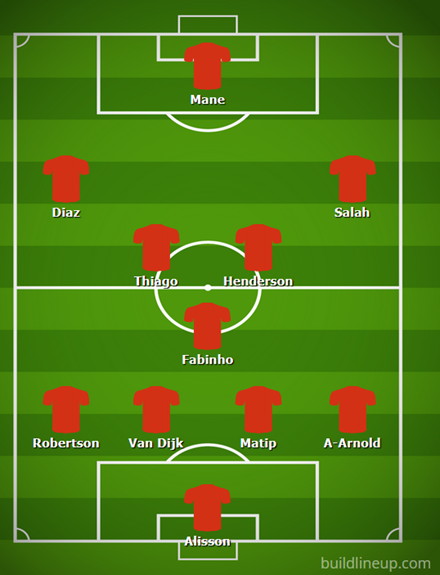 Unlike Liverpool, Real Madrid have the chance of completing the domestic league-Champions League double after triumphing in La Liga.

The Galacticos won the title by some 13 points from Barcelona, although they did drop points in draws with Cadiz and Real Betis to round out their campaign.

In the Champions League, they made slick progress through their group before downing PSG in the last 16. They then needed extra time to seal the most dramatic victories over Chelsea and Manchester City respectively….they have certainly done things the hard way!

It can be so difficult to bet on Champions League games….how do we compare two teams from different countries in a game of this magnitude?

A case can be made for either side, because – in different ways – they have both endured gruelling campaigns, and it might just be who has the energy for one last effort on the big stage.

Klopp calls Liverpool his ‘mentality monsters’, and they have proven time and time again in big games that they are made of the right stuff – wins in both domestic cup finals this term are testament to that.

Real showed both defensive vulnerability and attacking class in their Champions League wins over Chelsea and City, although they were indebted to the brilliance of Karim Benzema in both of those ties – can Liverpool keep him quiet in Paris?

You hope that last season’s game in this competition between the sides proves telling. Real won the first leg 3-1 in Madrid, before Liverpool failed to find a way past them in a 0-0 draw at Anfield.

It’s a game that is incredibly difficult to call, but there is scope to back Liverpool at 11/10 to win this game. Real have conceded in all six of their Champions League knockout round matches – in fact, the tally they have shipped is a sizable eleven, and so if the Reds can score two or more goals (that’s available at odds of 5/6, by the way) then they will surely do enough to get their hands on the famous trophy once more.