As difficult a game as expected, Liverpool found a way to get by Newcastle United on Saturday and keep their Premier League title aspirations on course. Manchester City would win against Leeds United later in the day to resume their one-point advantage, but Jurgen Klopp’s men are firmly on their tail as the battle for supremacy looks set to go down to the wire.

Naby Keita, one of five anticipated changes made by Klopp for the trip to St James’ Park, proved to be the difference-maker with his 19th minute goal – he danced his way across the penalty area before slotting home the shot that would ultimately separate the sides at full time.

Newcastle, as expected, were game and lively in front of their loud home support, and while they didn’t create many clear cut goalscoring opportunities, they made it a habit of looking dangerous and pushing the Reds all the way.

But, in truth, it was Liverpool who created the best of the chances, with Sadio Mane and Diogo Jota missing a handful apiece that would have made the scoreline a bit more comfortable – how Klopp must have wished he could have started Mo Salah, who was handed something of a rest until he appeared as a 70th minute substitute.

In the end, it was mission accomplished – three points claimed while resting the legs of some key figures who will be in the side that takes on Villarreal on Tuesday evening.

It was a cause for double celebration as Klopp announced he had extended his contract – meaning that he will be going nowhere until 2026 – to stay at Anfield, citing one very good reason why he chose to sign. “Why? is now the question….because Ulla wants to stay! As a good husband, what are you doing when your wife wants to stay? You stay. That’s not the only reason, but it’s one of the reasons.”

Liverpool are 90 minutes away from the Champions League final….don’t expect any let-up from them despite the intensity of their recent schedule.

When Liverpool entertained Benfica in the second leg of their Champions League quarter final, Klopp made a calculated gamble with his team selection.

He made seven changes to his starting eleven, with the likes of Virgil van Dijk, Trent Alexander-Arnold, Thiago, Fabinho and Salah given the night off – in the end, it was a gamble that paid off despite the nervousness of the 3-3 encounter.

However, we don’t expect a similar situation to unfold in Spain this week – despite the two-goal cushion that the Reds will take to Villarreal.

Klopp’s team selection on Saturday was telling – Salah, Fabinho and Thiago played barely 20 minutes each, while Trent Alexander-Arnold was excused from the action altogether. All will surely return on Tuesday.

Indeed, the only changes we anticipate from the manager’s preferred starting eleven are Ibrahima Konate to come in for Joel Matip and the possibility of Kostas Tsimikas deputising for Andy Robertson. Jota may be the unfortunate one that drops out to make way for Salah. 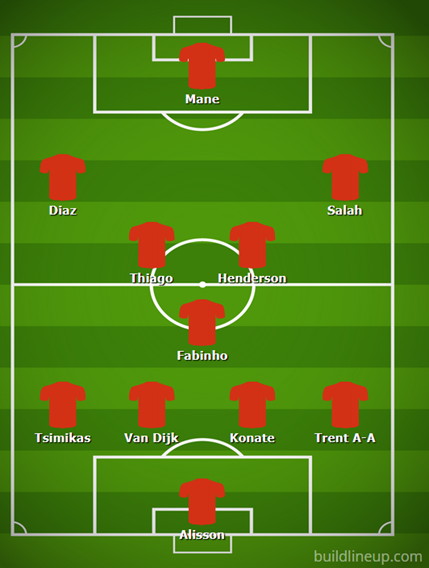 If viewed solely through the lens of their La Liga form, the 2021/22 campaign has been a huge disappointment for Villarreal.

It looks increasingly likely they will finish outside of the top six – the bare minimum for a side of their stature, following Saturday’s defeat at Alaves.

Unai Emery will perhaps keep his job on the grounds of their continental form, which has seen them reach the last four of the Champions League after knocking out the likes of Bayern Munich, Juventus and Atalanta along the way.

Emery, a four-time Europa League winner, is a canny operator in these knockout games, but he will need all of his wiles if Villarreal are to overcome their first leg deficit here.

You can back Liverpool at 7/10 to win this game, and that really is an interesting price based on what we know.

Villarreal are a defensive team by nature, but they will have to attack here to overcome the two-goal deficit – not exactly an art that is in their armoury.

By contrast, Liverpool often look deadly on the counter attack, and it’s not as if they will park the bus here – that’s just not Klopp’s style.